The explosion of play-to-earn games in the blockchain has been spectacular. In 2021, play to earn coins in the market were the fastest growing assets. Although they have lost some of the gains made last year, this subsector remains very promising. Here is why:

So, if you missed Axie Infinity, there are still other upcoming blockchain games that could deliver impeccable outcomes. Here they are:

Illuvium (ILV) is an immersive RPG adventure game that gives players access to broad landscapes and exciting gameplays. It is built on Ethereum and comes with various levels. There is also NFT integration and staking as well for investors. 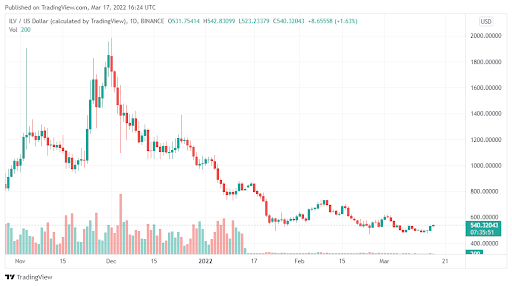 Illuvium is hoping to become a dominant strategy game that will attract millions of daily users. It is still at its initial phase right now too. Its native token ILV is currently trading at $534, up around 5% for the day. The project also has a market cap of under $346 million.

Battle of Guardians (BGS) is another real-time and immersive game that has dubbed itself “The future of fighting games”. It has full NFT integration as well and strives to give users a real battle experience all through the game. There is also an expansive gaming universe to keep things fresh. The native token for the game is the BGS, and it is trading at $0.01265 right now.

High Street (HIGH) has integrated both play to earn and the metaverse. In addition to the immersive games, users can also own various in-game items, including virtual real estate. High Street is actually working to bring big brands into its digital universe. Its native token HIGH was trading at $3 at press time.